The sad local wiggle strategy is a special-use strategy. It's generally only helpful when, using Show Relative Score Coloring, the entire protein appears greenish, except for a small area of red. Like this: 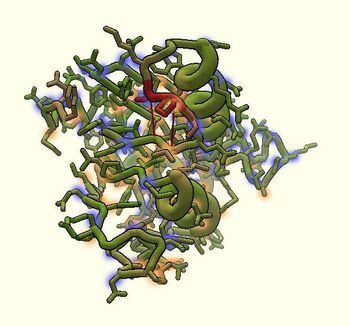 The score, though you can't see it, is 10246. When you've got a fold that looks like the above, freeze two amino acids around the sad region: 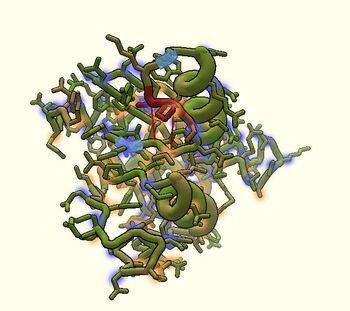 ...then local wiggle it. It does not matter if the score goes down, and Clashes should be disregarded. You'll solve them later. Wait until the local wiggle achieves Stability. Then lock all the parts that were involved in it: 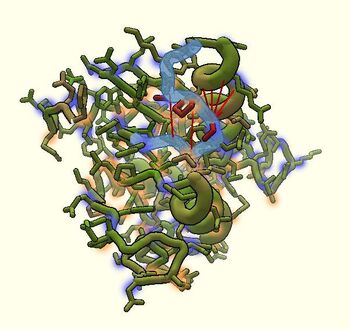 Next, global wiggle until you're again stable. Unlock everything, and wiggle again. Shake, and you're done: 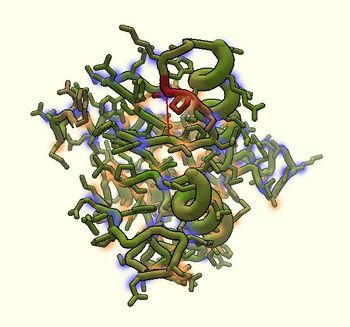 Retrieved from "https://foldit.fandom.com/wiki/Sad_Local_Wiggle_Strategy?oldid=24673"
Community content is available under CC-BY-SA unless otherwise noted.